Why and How to Do Snippet Integration with OG (OpenGraph) 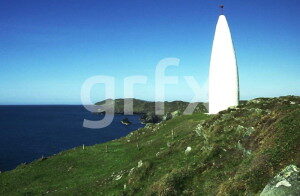 As this is not an uncommon problem, a number of solutions have been developed to give website owners better control. One of them is the OG or OpenGraph protocol. If you’re running a WordPress website, an easy way of making use of OG is through WP plugins allowing easy access to OG settings and manipulation.

Controlling meta-data entries and, as a result, what appears in snippets gives you an ability to set what search-engine users see about your website when it is displayed in SERPs or posts on social-media platforms. This greatly enhances the effect of your entries in both situations.

Social-Media Buzz Isn’t an Indication to Go By

We have tested a number of viable solutions and can recommend which ones are best for different purposes and the reasons why. It’s not always wise to go for the “best looking” one or the plugin offering the most features when they’re not needed (or might interfere with or slow down your website, which absolutely can happen if you don’t know what you’re doing)! Also , it’s not always a good indication to go with the most popular ones receiving the most stars in any rankings out there (as reasons for this may be anything from optical appeal to buzz generated on Youtube or highest affiliate commissions for promoters resulting in the largest amount of “recommendations by influencers” or rather the influenced ones)…

To Test Is Best

You will only really know for sure if you have tried and tested them yourselves and know what you’re talking about. We do. Both of these statements apply to our specialists: they will recommend along the lines of technical rather than any of those other or outside factors mentioned.

Ultimately it’s similar to what Henry Ford once said (about investing) when a shoeshine boy gave a recommendation on which stocks to buy: “When the Man in the Street Is Talking About It, I Want Out of This Business”! We don’t mean to say that all recommendations should be avoided, but it serves as a reminder that the rattling (which is part of the business) doesn’t say much about the quality of (or suitability for your purposes) the offer itself.

No comments to show.